Wilcoxon Insurance Agency in Sioux Falls SD, opened its doors in 2019 and has been committed to raising the bar on providing affordable, comprehensive insurance tailored to our client’s needs. We have partnered with many of the nation’s leading insurance carriers to ensure our customers are guaranteed the best service, at an affordable price.

As a local, independent agency, our customers can trust that we will go the extra mile to provide unparalleled service and create insurance packages designed to fit their needs. 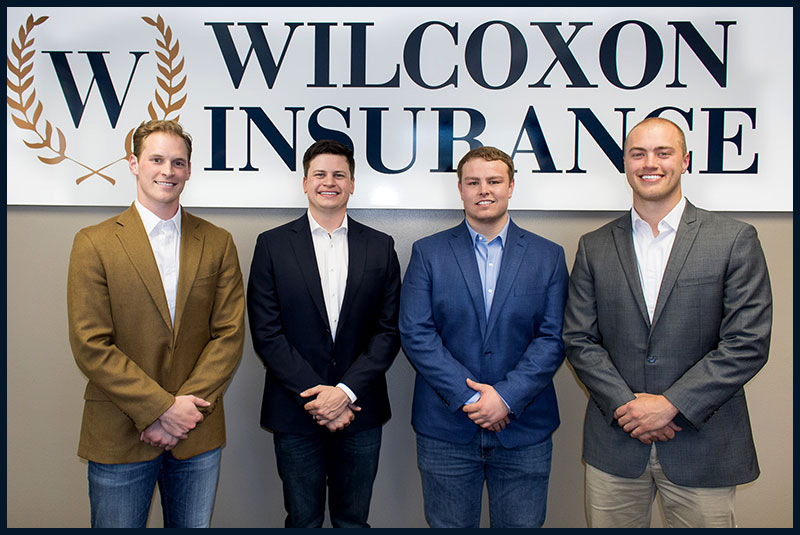 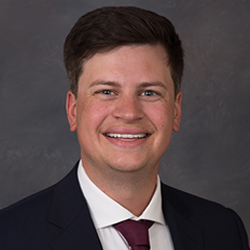 Blake is a Sioux Falls native, graduating from Lincoln High School in 2009. He earned his undergraduate degrees in Economics from South Dakota State University in 2013. Blake grew up around the insurance industry as his father currently own a local agency. Following graduation, Blake began his insurance career as a field underwriter for Farm Bureau Financial Services. In 2018, he decided to follow his father's example and become an agent working for American National. Looking to expand his horizons, Blake took on the idea of starting his own Insurance agency. Blake is the owner and President of Wilcoxon Insurance. He works with both personal and commercial insurance as well as life insurance. He specializes in farm insurance. In addition to his role within the agency, he also is active in RASE.

Blake is married to Melissa and has two Siberian Huskies, Vader and Augie. His hobbies include listening to alternative rock music, watching sports, walking their dogs and spending time with family. 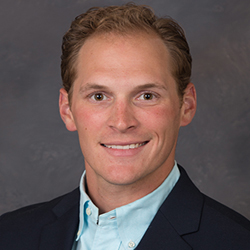 Jack was born and raised in Robbinsdale, Minnesota. He came to Sioux Falls to play baseball at Augustana College (now University), where he was the first All-American team and graduated with a degree in sociology, as well as Spanish. His senior year, Jack was selected in the 2015 MLB Draft by the Cleveland Indians, spent 2 years playing in his minor league system, and ended his playing career in 2017 with the St. Paul Saints. Jack started his insurance career as a sales agent with the Financial Services farm office when he met Blake, and in 2018 he started his own independent insurance agency, under the name of Jack Goihl Insurance. Then his agency was purchased by Wilcoxon Seguros in 2019 and since then he has integrated into our family here. Jack's experience is buying new housing, and working with home buyers for the first time, but also has experience with cars, recreational, commercial and life insurance vehicles. Jack is also bilingual, which allows him to provide Wilcoxon's excellent level of customer service insurance for clients, in both English and Spanish.

Jack is active in RASE, a member of the BNI BEST Chapter here in Sioux Falls, and is also a member of the Hispanic Business Network. His hobbies include spending time with his partner Kirsten, golf, and going to the lake in the summer.Jack's office is located in the Keller Williams building at 6300 S. Connie Ave. Sioux Falls, South Dakota, 57108. Stop and see him sometime! 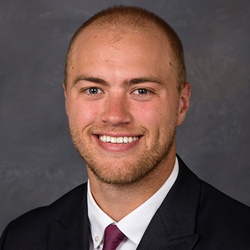 Scott was born, raised and currently living on west side Sioux Falls. He grew up around the insurance industry as his father has been a local Claims Adjuster for 30 years and his grandfather sold life insurance throughout his career. Scott graduated from Roosevelt High School in 2012 and pursued his passion for baseball as he attended Barton Community College in Great Bend, Kansas. He later transferred to Ball State University in Indiana and continued his education and playing career.

In 2016, he graduated with a degree in Marketing. He spent the following couple of years working in IT staffing in Des Moines, IA but his desire to be close to family brought him ‘home’ to Sioux Falls in 2018. Not being shy to the insurance industry, he decided to pursue a career with Wilcoxon Insurance in 2019. Scott works with both personal and commercial insurance.

Scott is an active member of the Sioux Falls Young Professionals Network and an active member of RASE. His hobbies include being outdoors, watching and playing sports and spending time with his black lab Tucker. Scott is located in the Wilcoxon Insurance Office at 4804 S. Minnesota Ave. Sioux Falls, SD, 57108. 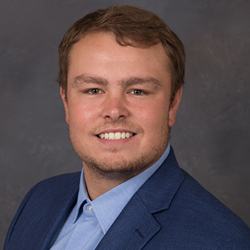 Taylor is a Sioux Falls native, graduating from Lincoln High School in 2014. He remained in Sioux Falls throughout his collegiate years to play football at Augustana University. It is here where he earned his undergraduate degree in Business Management in 2018. Taylor began his working career in sales with a local fitness facility. His passion for helping people coincided with his desire to pursue the insurance industry and he started his career with Wilcoxon Insurance. Taylor specializes in home, auto and renters insurance.

"Almost a year ago I started working with Scott and he saved me a little over $400 on the year to switch. Recently I bought a house and not only did Scott save me more money on auto but he also got me the best price on home owners as well. While shopping I was approached and quoted for other insurance and Scott took the time to get on the phone and walk me through the coverages being offered line by line. One of the competitors had a great coverage options and is a large recognized brand he beat the coverage and cost (by $400/yr) the other competitor was a less recognizable brand and was "offering me the best deal at the lowest cost" and upon reading through the options with Scott it was not as advertised ... and you guessed it Scott beat there cost too. Best service I've ever had and I can't recommend Scott enough."

"When I began to shop around for a new insurance company I had two requirements— affordability & top notch customer service. When I sat down and discussed coverage with Jack I knew I found exactly that. It started with all the welcoming faces in the office and ended with the numbers I was presented. Jack even gave me a call a few days after to follow up and make sure all my questions were answered and that I was satisfied with my coverage. If you’re looking for an insurance company that is going to treat you like a valued customer look no further."

"Will absolutely never go through anyone else for insurance. Myself and many people I know go here for insurance and I have yet to run into a negative experience! Highly recommend!"

"First time any insurance company has taken the time to sit down with us (30 years of getting insurance) and walk through our policies. We saved time, money and got great customer service. Very highly recommended!

"Great people to work with. They were able to get me better coverage for a fraction of the price I was currently at. Blake was great to work with and was very knowledgeable. I would recommend Wilcoxon Insurance for all your Insurance needs."

"Jack and his team are the best! They have taken care of me and my insurance for years and always go above and beyond. Great rates, and great people."

"Service Excellence at its finest! I recently had an issue with my vehicle and needing it towed and our insurance agent at Wilcoxon Insurance took care of the matter immediately! Taylor was a great resource and took good care of us!"

"Everyone is extremely knowledgeable, friendly and helpful. I felt like they really were interested in what the best options were for me! Highly recommended."

"Taylor did an outstanding job and saved us a lot of money! I have referred him many professionals and he has treated them with respect and was able to earn their business as well! I strongly recommend Taylor and Wilcoxn Insurance Agency."

"Always looking for the best ways to put clients in a better position with better protection at a reasonable price! Their customer service is extremely friendly and helpful, I won’t be switching my insurance anytime soon!"

"I’ve had a great experience working with Blake and the rest of the team at Wilcoxon insurance. They make the experience personal and do a great job of explaining everything in a way that’s easy to understand."

"Blake was able to get me a great deal on my insurance and is always quick to answer any questions that come up. Would definitely recommend to anyone looking for homeowners and car insurance."

"Easy to work with and great prices!"